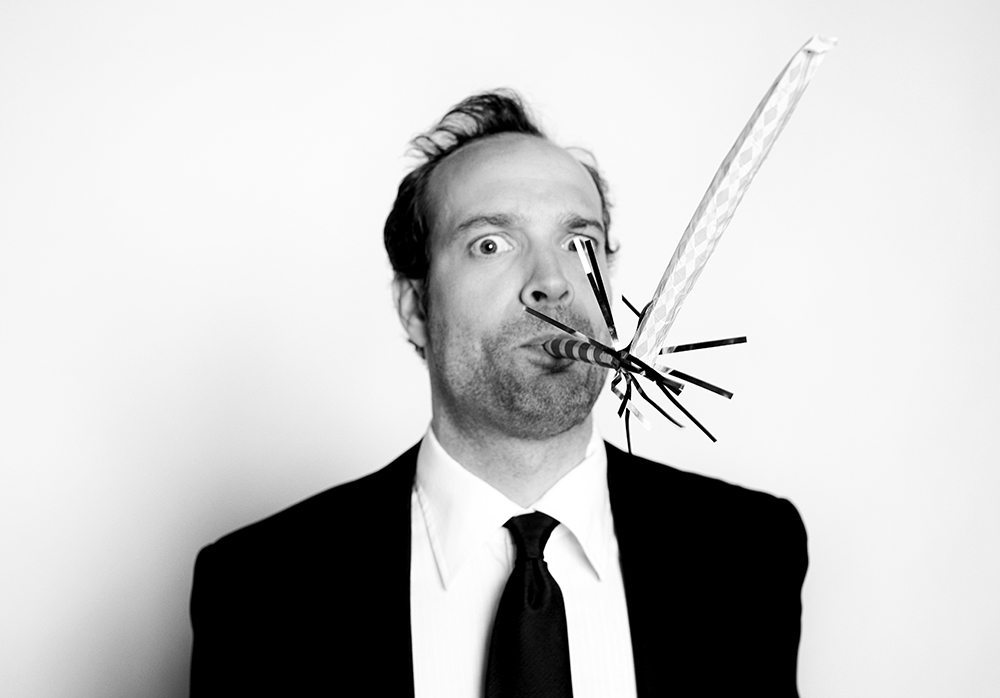 This is the thought that went through my mind when I saw Bonspiel for the first time:

“This is what it must have felt like to be in the Manchester Lesser Free Trade Hall in 1976!”

That show in 1976 featured The Sex Pistols as the headliners in a tiny little hole in the wall club in Manchester. There were maybe 42 people in attendance and after that show about half went on to form bands. The show was inspiring.

And that is how I felt after my first time attending Bonspiel! I felt lucky… Lucky to have seen the very best comedians in Toronto (current and ex Second City performers, Training Centre instructors, and all badass and smart) in such an intimate punk rock environment as Unit 102. And I felt inspired to go home and write.

I wanted to carry that feeling into the photo shoot and so drew inspiration from the imagery of one of the very bands that was to be formed after attending that landmark show: Joy Division.

But then to mess it up a bit… It is comedy, after all.

So I needed to figure out how to translate each performer’s character and personality into an image that would be classic (these people are really friggin smart) but also have something just a bit weird and punk rock about it (they’re also hilarious).

I’ll be releasing the entire shoot bit by bit over the next few weeks. Click thumbnail to enlarge. 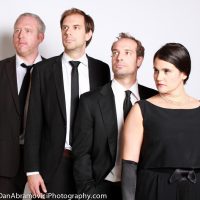 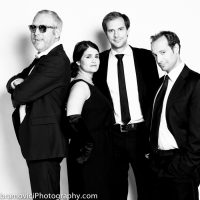 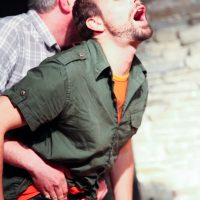 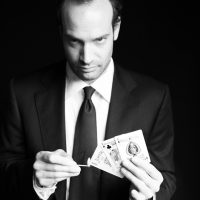 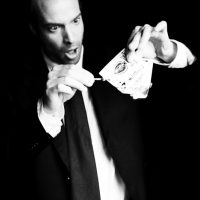 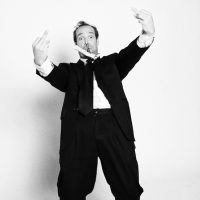 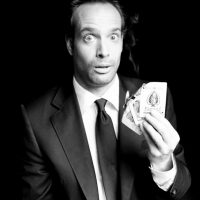 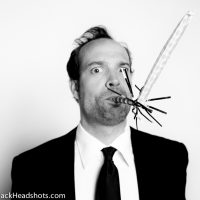 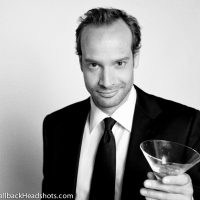 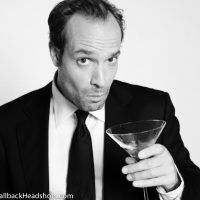 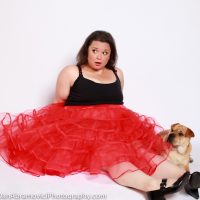 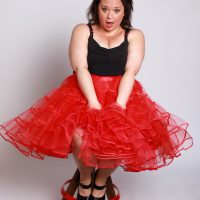 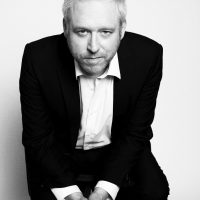 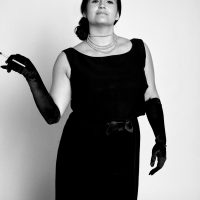 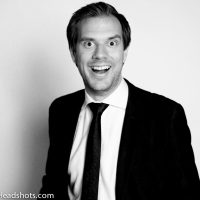 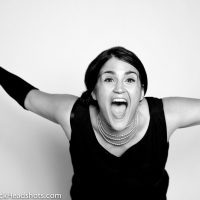 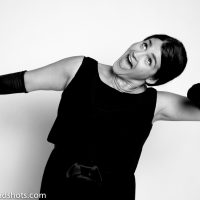 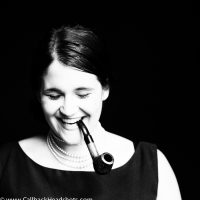 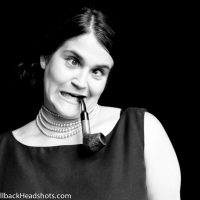 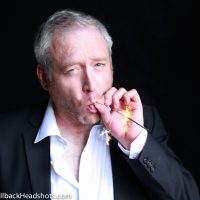 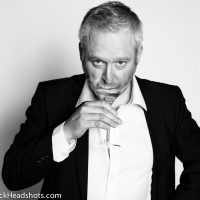 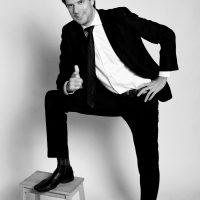 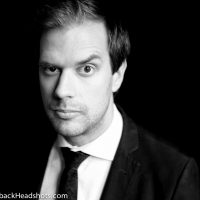 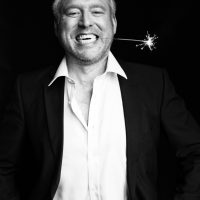 You can check out a few members of Bonspiel! and Second City in the upcoming feature film Ben’s At Home. The film needs your support… Check out the trailer, teasers, and win awesome prizes like free photo shoots and parts in our upcoming film by clicking HERE.

If you are a comedian I now have a Comedian Package available through Callback Headshots. It’s our portrait headshot package with a bonus promo shot (the above gallery would fall under that category) touched up free of charge. Check the links.

James was awarded Outstanding Performance and Production from NOW Magazine for his solo show Sex, Religion & Other Hang-ups which also won the Ed Mirvish Award for Entrepreneurship and a Canadian Comedy Award for Best One Person Show. James was also nominated for a Canadian Comedy Award as Best Male Improviser. He teaches at The Second City Training Centre and at the Bad Dog Theatre Company.

I see Jan as the sweet and lovable victim to James’ and Rob’s scheming and shenanigans. A ying to their yang. As one of the funniest people I have ever seen perform, of course she is so much more than just that, but that was the immediate hit and so that is how I did her photos. While the initial plan was to do the whole shoot in B&W, Jan’s dress begged for colour.

Jan Caruana is an actor, writer, teacher and director, but improvising is what she loves best. She is a multiple Canadian Comedy Award winner and has performed across North America in a variety of comedy shows. A mainstay of many Toronto stages, Jan is known for her work in shows like Monkey Toast, That Moment When and About An Hour (Toronto Fringe Festival – Best of the Fringe). Recently, Jan co-wrote and performed in the Second City Toronto Revue The Meme-ing of Life, which received rave critical and audience reviews. She has appeared in films and television shows including Being Erica, I, Martin Short Goes Home and Mean Girls. Jan is a Gemini/Canadian Screen Nominated writer for her work with the YTV youth sketch show That’s So Weird and recently wrote with Andrea Martin on a web campaign to raise funds for Women’s College Hospital.

Sexy and Goofy… We thought it would be fun to bring out a mix of the two with Ashley’s photos.

Ashley is a two-time Canadian Comedy Award (CCA) winner, and was nominated for Best Female Improviser in 2010, 2011, and 2013. She’s an alumna of Toronto’s Second City Mainstage, where her ensemble writing got a Dora nomination. She is one third of the sketch troupe “Punch In The Box”, whose show PICK OF THE FRINGE! was nominated for a CCA for Best Comedic Revue. Recent credits include “It’s A Wonderful Toronto: The Rob Ford Holiday Spectacular”, and improvising Sondheim(esque) musicals with The National Theatre of The World with The Winnipeg Jewish Theatre. Ashley’s writing has been published in The Toronto Star, and NOW Magazine. Her voice can be heard the animated series Let’s & Go, Paws and Tales, Z-squad, and Beywheelz. She is a regular on-air contributor to CTV News Channel. Twitter: AshleyBotting.

Rob Baker is hilairious, sweet, and you always feel there’s a chance he’ll pull his dick out. He was a no brainer casting choice to play the fun loving lead character of Rob in the feature film Ben’s At Home.

Rob Baker is an actor, writer and comedian originally from Vancouver. He wrote and performed in 4 shows with the legendary comedy theatre The Second City, including the “masterpiece” (NOW Magazine) Something Wicked Awesome This Way Comes. Recent TV highlights include roles on The Firm and Dan For Mayor. Theatre highlights include About An Hour (Best of the Fringe 2008) and Ubu Roi Massacred (Best Production, NOW Magazine). Rob has been nominated for numerous Canadian Comedy Awards, a Dora and was a co-recipient of a CCA in 2008 for Show-Stopping Number: The Improvised Musical. He recently starred in the romantic comedy Ben’s At Home.

A long time performer at the Second City Mainstage in Toronto, Alastair developed a solid background in Shakespeare and clown, spending his time on various regional stages while working on his improv skills at the Bad Dog Theatre. He has appeared on CBC’s The Ron James Show and and both wrote and appeared on YTV’s That’s So Weird. Lately, he has mixed in more series roles such as his appearance on A&E’s Breakout Kings and as a guest star on CBC’s Insecurity.

I have a man crush on Alastair Forbes. He is one of the very few comedians who are able to be both hilairious and sweet. You can’t help but root for him, especially when he is forced to give piggy back rides to Rob Baker or getting punched square in the dick by James Gangl. Whether on tv, on stage, or in real life, Alastair Forbes is a charming and funny human being.